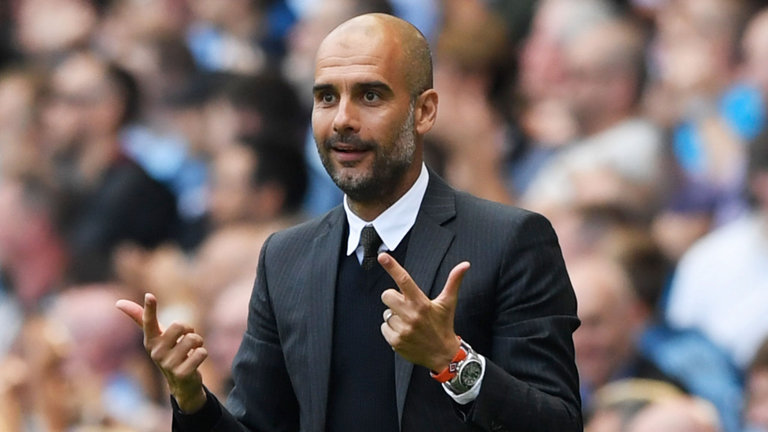 Manchester City manager Pep Guardiola is confident his team will find the consistency they need, after their 3-0 victory at Olympique de Marseille in the UEFA Champions League on Tuesday.

Manchester City took control of Group C with six points from two games, leading FC Porto and Olympiakos by three points while OM are bottom of the table after two defeats.

Guardiola’s side got off to a slugglish start in the English Premier League (EPL), sitting in 13th place with eight points from five games, five behind leaders Everton.

The leaders have played one more match.

“We have to accept the criticism. We play every three days, when you win it’s good. But, if you don’t, people want to destroy everything.

“But it’s about the chairman and everyone else understanding (the situation),” said Guardiola.

“Part of the criticism was right, but you’ve got to accept it.

“It’s part of our job. It’s about where we’ve come from in the last month, with lack of preparation, injuries and COVID-19. But the Champions League is in a good place now.

“I’m sure we’re going to find that consistency.”

While Marseille proved to be an easy target on Tuesday, Manchester City were lively throughout.

They made their domination count and defended well when the hosts briefly threatened after the break.

“We played really well, we didn’t concede much and we were in control, patient and aggressive without the ball.

“I’m so satisfied with the performance and result, it’s always difficult to win away,” said Guardiola, who hinted that Manchester City liked playing against teams fielding a five-man defence.

“We can play on both sides, we tried to play high and wide to stretch the pitch. Raheem Sterling was exceptional, Phil (Foden) as well,” he said.

“We were so stable defensively. I’m so satisfied with the way we played.”

Related Topics:consistencyguardiolaManchester City
Up Next

Liverpool labour to 2-0 win over Midtjylland