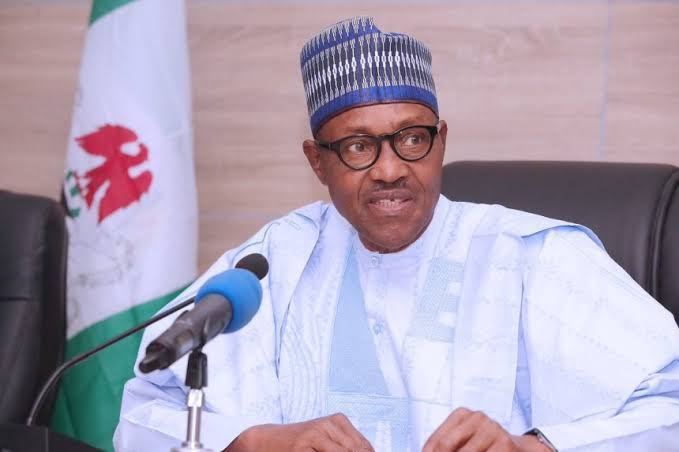 As Nigeria slips into recession for the second time in five years, President Muhammadu Buhari, says it came about because of the severity of the global downturn caused by the COVID-19 pandemic.

He said this on Monday in Abuja, while declaring open the 26th Nigerian Economic Summit with the theme: “Building Partnerships for Resilience’’.

The summit was organised jointly by the Nigerian Economic Summit Group (NESG) and the Ministry of Finance, Budget and National Planning.

Buhari, who was represented by Vice-President Yemi Osinbajo, said that the decline in the nation’s Gross Domestic Product (GDP) came after 12 successive quarters of positive growth.

He said the downturn caused by the pandemic included lockdowns, disruption in global supply chains, business failures and rising unemployment.

“We can all recall that during the lockdown, farming did not take place, businesses were closed; schools were closed as were hotels and restaurants.

“The economy only began to recover when these activities resumed and if we are able to sustain the nearly three percentage point increase from the second quarter decline of minus 6.1 per cent, the performance in the fourth quarter could take us into positive territory,” he said.

Buhari said that it was to mitigate such impact that the Federal Government introduced the Economic Sustainability Plan (ESP).

According to him, all the programmes in the ESP are reliant on the private sector playing a key role in creating and conserving jobs and the production and delivery of services in agriculture, housing, solar power and digital technologies.

He added that the speedy pathway out of the current recession was to quicken the implementation of the ESP.

“Of course, an improvement in global economic conditions, including the restoration of global supply chains and resumption of exports and remittances, should enable a V-shaped recovery.

“We expect, in the same spirit of partnership, that the private sector will complement these efforts by making maximum use of the provisions of the ESP and the Finance Bill when it is passed by the National Assembly and also by retaining and creating jobs so as to keep people at work.

“In a similar spirit of partnership, private sector enterprises should also pay their due taxes,” he added.

Speaking on the theme of the summit, he said that partnerships remained essential to attract the resources for building a solid national infrastructural base.

Buhari said that as was evident when the nation was combatting COVID-19, partnerships were essential and also necessary for framing medium and long-term development plans.

He added that the government had always emphasised that the private sector had a key role to play in the efforts to build a more resilient and competitive economy as expressed in the Economic Recovery and Growth Plan.

Buhari said that private companies in design, construction, logistics and finance were very much engaged in the nation’s infrastructural projects in power and rail as well as road and bridges.

“I am pleased to inform in this regard that we are working actively with the CBN, the Nigerian Sovereign Investment Authority and state governments under the auspices of the National Economic Council to design and put in place a N15 billion Infraco Fund, which will be independently managed.

“The Infraco Fund will help to close the national infrastructural gap and provide a firm basis for increasing national economic productivity and growth,” he said.

The Minister of Finance, Mrs Zainab Ahmed said that the current recession would be a short one, as government and key stakeholders were proactively working together to put in place sustainable measures to curtail and improve the situation.

She added that in spite of the recession, Nigeria had out-performed many economies in terms of economic growth.

Ahmed said that the Federal Government, in partnership with the NESG had been working together on the national implementation plans as well as the regional and local development plans.

“Since the inception of the NESG 25 years ago, it has become one of the largest annual gatherings dedicated to finding solutions to the challenges facing the Nigerian Economy.

“It has helped to shape government policies, reforms and sector transformations,” she said.

Mr Asue Ighodalo, the Chairman of the NESG said the summit must be different as it must emphasise the execution of endless dialogues.

He said that the summit was about building partnerships as sectors could no longer succeed independently.

“We come to the table each year with clear and defined obstacles in search of solutions. The NESG and the private sector must do more to address policy needs

“Let this 26th summit be the one where we collectively resolve to shun greed, nepotism and corruption.

“It is time that we are brave with facing our realities with strength, sense of purpose, and integrity.

“Our reflections would be incomplete if we did not also examine many more policy recommendations that have not been acted upon over the years and acknowledge those that have been actioned,” he said.

It was reported that the two-day summit ends on Tuesday.