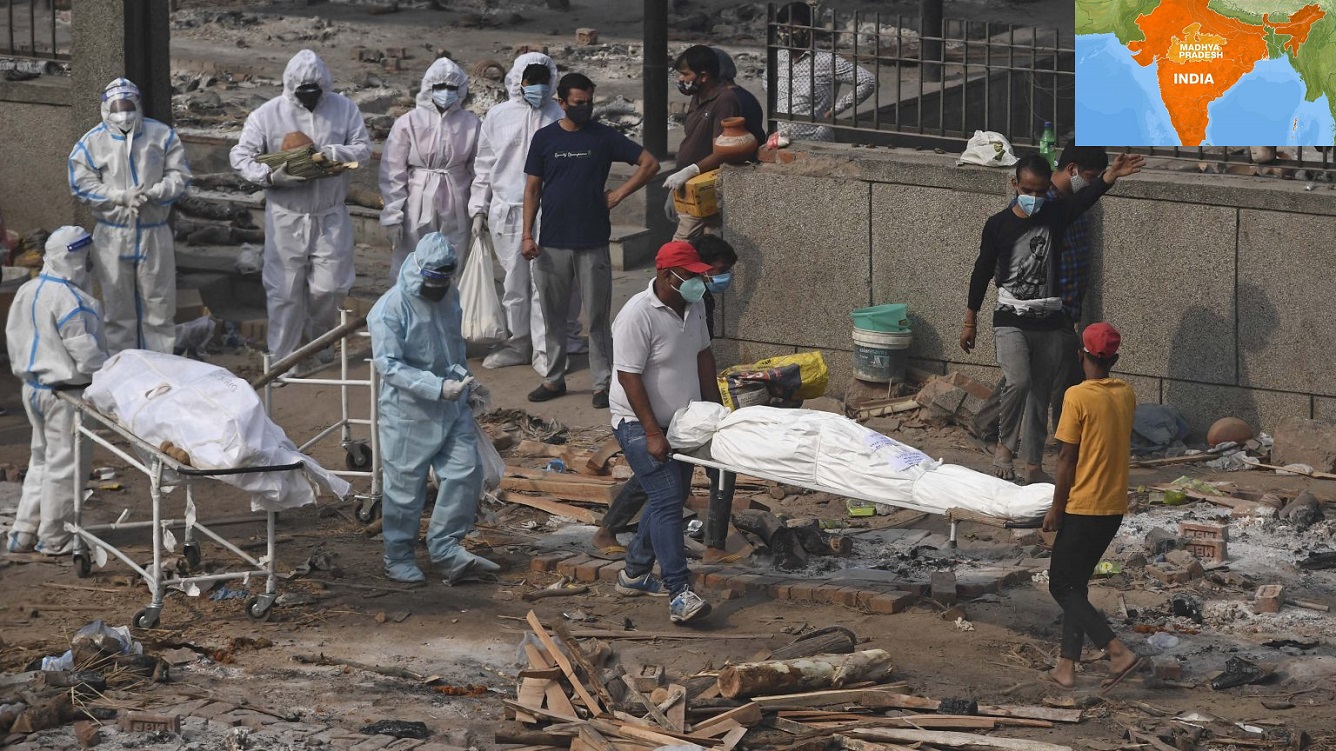 India is currently undergoing the world’s worst Coronavirus (COVID-19) outbreak, with 403,738 fresh infections and 4,092 deaths in the past 24 hours, the government said on Sunday.

The numbers brought the overall caseload to over 22 million and the death toll to 242,362 in the country reeling under the second wave of the pandemic, data released by the federal health ministry showed.

India has seen over 400,000 daily infections for the fifth time in a week and over 4,000 deaths for the second consecutive day.

Amid a crisis over medical oxygen and distress messages from patients, the country’s supreme court has formed a national task force to ensure adequate supplies of life-saving gas to hospitals.

India, the second-most infected country after the United States that has a 32.6 million caseload, is in the grip of a second wave that began mid-February.

The pandemic has claimed more than 3.2 million lives worldwide since it first emerged in late 2019.