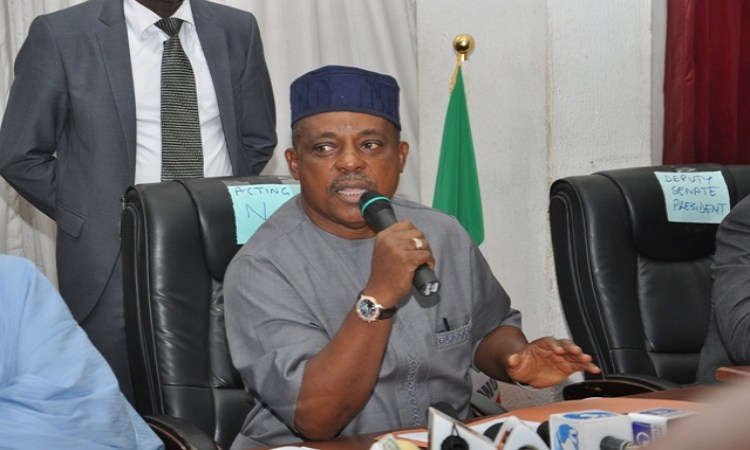 Mr Uche Secondus, National Chairman, Peoples Democratic Party (PDP), says only National Executive Committee (NEC) of the party has powers to discipline him or any member of the National Working Committee (NEC).

Secondus stated this in a statement by his Media Aide, Mr Ike Abonyi, in Abuja while reacting to his suspension by his ward executives in Rivers.

He said that Article 59(3) of the PDP Constitution stated clearly that only the NEC has such power to discipline NEC members of the party.

“The media office of Secondus ordinarily should not be responding to every ‘noise’ in the media being engineered by those who set out to distract and destroy the PDP.

“But it is our responsibility to guide those who are easily persuaded by news in the media hence this response.

“Such action is a mere wish as Article 59(3) of the PDP constitution states clearly that only the National Executive Committee (NEC) of the party can discipline the National Chairman or any other National officer of the party,” he said.

He urged members of the public and the media to be wary of agents who were out to distract the PDP from its focus of rescuing Nigeria.

Our corresponodent reports that the PDP ward 5 in Ikuru town, Andoni in Rivers on Wednesday suspended Secondus from the party.

His suspension was announced by the PDP Ward Chairman, Mr George Christopher, at the party’s extraordinary meeting in Ikuru town, saying that 11 of the 17 executive members endorsed the suspension.

Christopher accused Secondus of not attracting development to the area in spite of his exalted political profile adding that his inability to manage the affairs of the party was also a bad reputation to the area.

“The ward 5 executive of the PDP in Ikuru town on Aug. 31, discussed issues affecting the party.

“The ward executive suspended Secondus after a duly constituted meeting convened by the Secretary on the instructions of the Chairman in accordance with the party’s constitution,” he said.

Also former Chairman of Andoni local government council and chairman, disciplinary committee in the ward, Mr Benson Alpheous said that Secondus was suspended for disobeying the party’s decision to step down as National Chairman.

A Rivers’ High Court had on Monday, Aug. 23 granted an interim order, restraining Secondus from parading himself as the national chairman and member of the PDP.

Justice Okogbule Gbasam of the Degema Judicial Division, presiding over a vacation court in Port Harcourt, granted the order, pending the determination of the substantive suit.

This made the party on Wednesday, Aug. 25 to adopt its Deputy National Chairman (South), Elder Yemi Akinwonmi, as acting Chairman.

In another twist, another court of coordinate jurisdiction in Kebbi on Thursday, Aug. 26 restored the embattled national chairman to his position.

However, on Aug. 27, another High Court in Cross River granted an interim order restraining Secondus from resuming office as the national chairman of the PDP.

Edem Kooffreh, the presiding judge, gave the order on Friday, while ruling on a motion ex parte marked HC/240/2021, and filed by Enang Wani.

The court barred Secondus from presiding over any meeting of the party until the motion is heard.

Meanwhile, the PDP NEC in an effort to resolve the leadership crisis approved Oct. 30 for the party’s elective national convention, scheduled for Abuja, to usher in new leadership.

NGX Group to list 1.96bn shares by introduction on platform