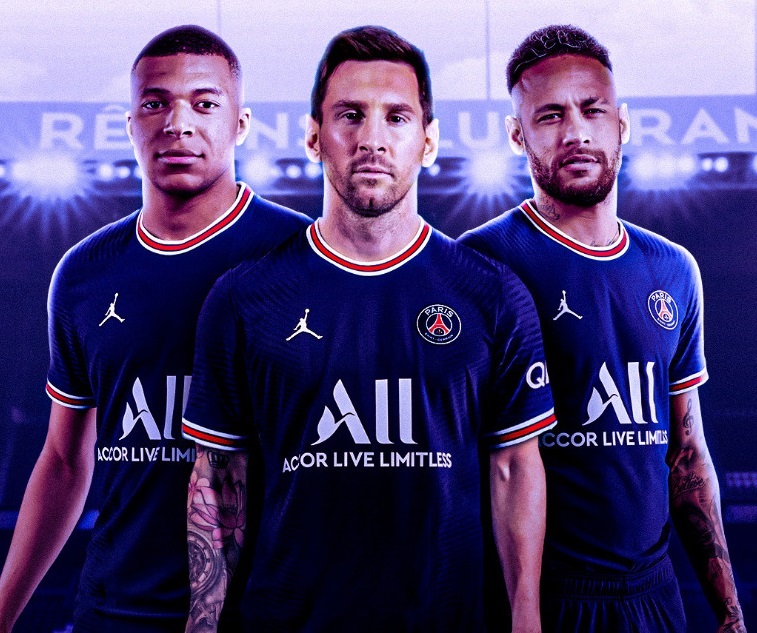 Paris St-Germain (PSG) coach Mauricio Pochettino has warned that it would take some time for his formidable attacking trio to shine.

This was after his team, with the trio of Lionel Messi, Kylian Mbappe and Neymar, dubbed the “MNM”, disappointed in a 1-1 draw at Club Brugge on Wednesday.

Messi hit the woodwork on his first start with PSG but he failed to add to his 120 goals in the competition, while Neymar was hugely disappointing.

Kylian Mbappe limped off the pitch injured after setting up Ander Herrera for the opening goal.

It was the first time the three attacking players were together on the field and they struggled to find each other and create space against a compact Belgian side.

“It requires time for them to shine together,” said Pochettino.

“It requires work. I had made it clear that we’re not a team yet, we have to work for this.”

Messi and Neymar, starting on the flanks, left their full-backs exposed.

Club Brugge exploited the space with a strong collective performance as PSG’s midfield was almost non-existent in the absence of the injured Marco Verratti.

That prompted Pochettino to replace Leandro Paredes with Danilo and Georginio Wijnaldum with Julian Draxler, but this was to no effect.

“We needed more consistency and more fluidity. We made too many mistakes,” Pochettino explained.

“But, in spite of all this, I’m satisfied with the players. We have to keep calm and keep working.”

This is two weeks before the Ligue 1 side take on the English Premier League champions at the Parc des Princes.