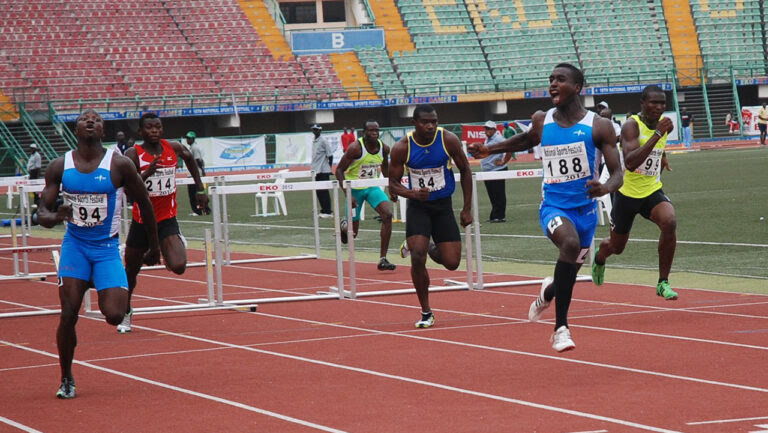 Our correspondent reports that Team Lagos came second behind Team Delta for the second consecutive time.

LSSC boss, Aiyepeku, told our correspondent that the NYG was a tournament designed to discover budding Athletes for the Nation.

“But the U-15 School Sports Championship is now being competed for by adult athletes.”

“The organisers of the competition, the Federal Ministry of Youth and Sports Development, consciously allowed overaged athletes allegedly brought into the games by some states like Delta, Imo, Edo.”

“Many other states from the northern part of Nigeria also brought in overaged athletes to compete with youthful ahletes from other states.”

“The games designed by the Nigerian government for U-15 athletes has turned to the games of the overaged ahletes because of the “win at all cost” syndrome being championed by some of the states,” he said.

Aiyepeku noted that during the screening exercise for the games before its commencement, many overaged athletes, who were earlier screened out, were later seen competing when the games started on Friday Oct. 15.

“Unconfirmed report says that a directive from the Ministry of Sports gave a go-ahead to clear most of the athletes who had earlier been screened out.”

“Investigations revealed that the age cheat is more pronounced in combat sports such as Taekwondo, Karate, and some other sports like swimming, gymnastics, weightlifting and many others.”

“In Karate, a coach informed that an athlete whose age is around 25 years, from Imo state was allegedly allowed to compete with U-15 athletes from states like Ekiti, FCT and Lagos States,” he said.

Aiyepeku added: “In swimming, one of the technical officials was furious when he saw the maturity in some of the swimmers; he disclosed that he could not complain before he was not in the position to talk.”

“He alleged that many swimmers from Delta that swept the gold medals of the event could not claim to be under the official age of the tournament.”

“The case of gymnastics was so pathetic; young gymnasts were robbed of good points that could have given their states upper hands in winning medals.”

“Many of our youngsters in gymnastics who are performing very well in hard floor exercise were rated lower, while some adult athletes, particularly from Delta, who participated in soft floor exercise event were rated with high points.”

“I don’t see any justification for this because if this continues, it seems we are not encouraging these young athletes at all,” said one of the coaches from a state in North Central Nigeria,” he said.

The LSSC boss alleged that the game of Darts, which had been in progress, was stopped and restarted.

“The game was restarted after a written paper was presented to the Federation that all athletes who were earlier screened out for being overaged should be allowed to compete.”

“In the morning of Saturday, Oct. 16, some female footballers from Delta State, who were suspected to be playing for one of the amateur clubs in the country, were fielded against Team Lagos.”

“They were allowed to play the match after being cleared by the organisers.”

“Allowing this kind of abnormality by the organiser of the NYG, the Ministry of Youth and Sports Development, makes some states to be at a disadvantage,” Aiyepeku claimed.

He equally noted that there were states which still believed in competing clean by abiding to the rules set for the games.

“The abnormality encourages states like Delta and Edo which always poached athletes from other states to have an upper hand because the “end must justify the means”, they want to top the medals table by all means”.

“This abnormality sends a dangerous signal and a bad omen for sports development in a country that must find all legitimate means to replace its aging athletes,” Aiyepeku said.