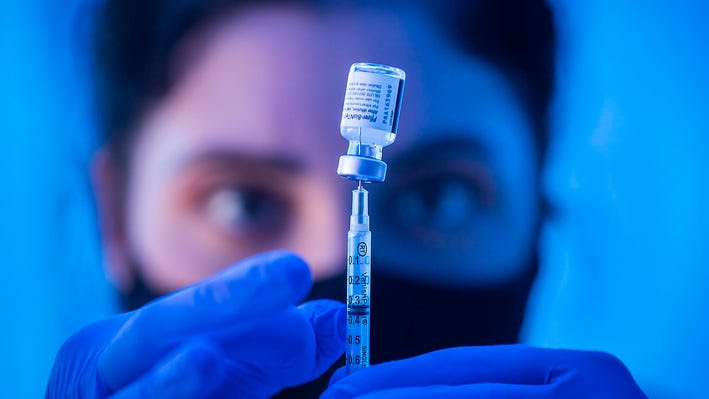 Shingles, which is also known as herpes zoster, is triggered by a virus which normally causes chickenpox in childhood, after that has cleared up, however, the virus remains in the nerve cells for life, and can cause shingles at a later stage.

Typical symptoms of this include burning pain, followed by a spread of blisters on the skin. In rare cases nerve pain can persist for long periods after the rash has cleared up.

It is to be the first such vaccine based on messenger ribonucleic acid (mRNA) technology, which has already been used for the Coronavirus vaccine, the companies jointly announced on Wednesday.

Clinical trials is expected to begin in the second half of this year.

According to the German national disease control body, the Robert Koch Institute (RKI), about 300,000 people in Germany contract shingles every year, about 5 per cent of them severely.

There is a standard vaccination with an inactivated vaccine in two doses.

The two companies said the new vaccine will use an antigen technology developed by Pfizer and the mRNA process from BioNTech.

They plan to share development costs as well as gross profits from future product sales.