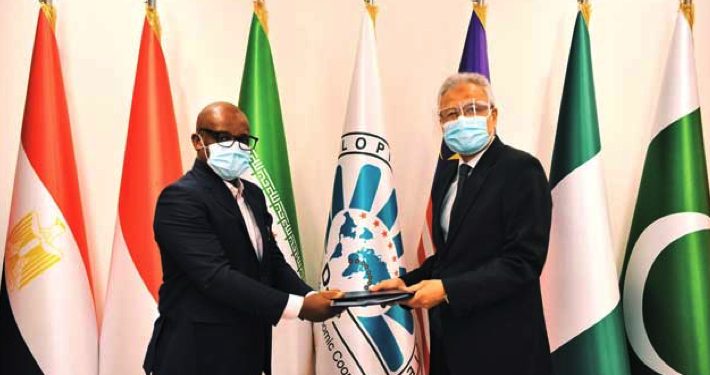 Nigeria’s Amb. Isiaka Imam has assumed office as the Secretary-General of the D-8 Organisation for Economic Cooperation in Istanbul, Turkey.

This is contained in a statement issued on Wednesday in Abuja by the D-8 country office in Nigeria.

According to the statement, it is Nigeria’s turn to take the helm of affairs of the intergovernmental organisation.

It stated: “It is the turn of Nigeria to take the helm of affairs of the intergovernmental organisation, therefore, Imam assumes duty as Secretary-General of D-8 based on principle of rotation in alphabetic order.”

“This is in consonance with article 9.3 of the D-8 Charter, which stipulates that the Secretary-General shall be appointed on recommendation by the Council of Ministers.”

It also stated that Imam’s emergence was by consensus from among the nationals of the Member States and approval by the Summit for a non-renewable four-year term.

According to the statement, the position was accorded the Nigerian in accordance with the principle of rotation in alphabetic order with due consideration for competence, integrity, and experience.

“The Secretary-General will be of the rank of Ambassador in the diplomatic service of the Member State,” it stated.

Imam, a retired Ambassador, who hails from Ilorin, Kwara, joined the Nigeria Foreign Service in 1993.

He was conferred with the title of Ambassador in-situ by President Muhammadu Buhari in Council in 2020, who also approved his nomination as Secretary-General of D-8 in 2021.

According to the statement, it is pertinent to underscore that the D-8, founded in 1997, is an intergovernmental organisation that comprise Bangladesh; Egypt; Indonesia; Iran; Malaysia; Nigeria; Pakistan; and Turkey.

The aspiration of the D-8 is to become an economic powerhouse that will promote sustainable development of its member states to become major actors in the global economic system.

“The recent development is critical to Nigeria as the office of the Secretary-General of the D-8, during this tenure, will provide Nigeria with a veritable platform to achieve President Buhari’s economic diversification agenda.”

“Through trade cooperation largely driven by the non-oil sector and partnerships in other priority areas of comparative advantage,” the statement added.

BioNTech and Pfizer to develop vaccine against shingles