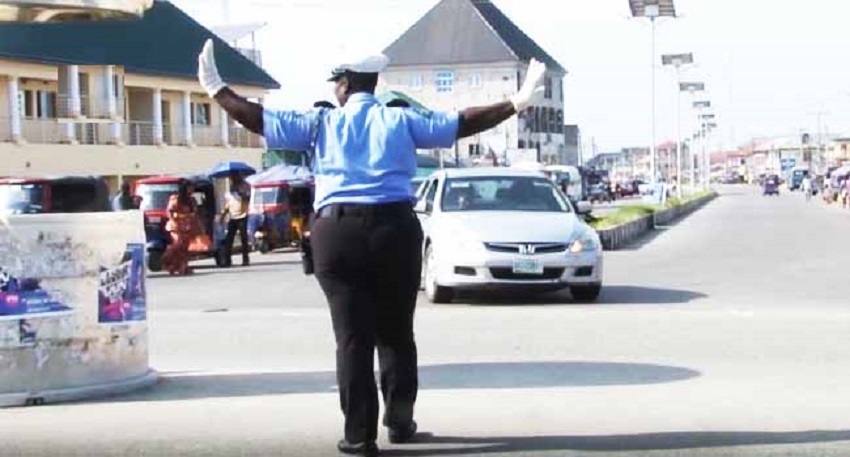 The Police Command in Kwara has arrested Mr Musibau Esinrogunjo, the Special Assistant on Rural Mmobilisation to Gov. AbdulRahman AbdulRazaq, for assaulting a traffic warden on duty along Ahmadu Bello Way, Ilorin.

A video clip on how the governor’s aide was allegedly caught by policemen with a cartridge and substance suspected to be hard drugs had gone viral on social media.

In a statement on Sunday in Ilorin, the command’s Spokesman, SP Okasanmi Ajayi, however, said Esinrogunjo was not arrested for involving in arms and drug dealings but arrested for traffic offence.

The statement explained that the aide slapped the traffic warden after being caught committing a traffic offence by driving against traffic, thereby causing a serious traffic hold-up at the area.

“The attention of Kwara State Police Command has been drawn to a video clip making the rounds on some social media platforms depicting a scene of a man later identified as Comrade Musibau Esinrogunjo, being interrogated by a group of people over the recovery of some quantities of substance suspected to be Indian hemp and a cartridge wrapped in a paper.

“He was also seen being slapped by an unidentified person.

“The Command wishes to set the record straight. The video in question was posted by a mischievous individual to achieve a result still unknown to the command.

“What actually transpired in the day was that, the man in the video later identified to be one Musibau Esinrogunjo was caught committing a traffic offence by driving against traffic, thereby causing a serious traffic hold-up at Ahmadu Bello way, Ilorin.

“The traffic warden on duty who arrested him for the offence was dealt a slap by Mr Esinrogunjo and his aide.

“Which drew the anger of passersby around the vicinity. They attempted to physically assault him, but for the prompt arrival of police officers that rescued and took the parties to the police headquarters, the closest police formation to the scene.

“A search conducted in the vehicle of Mr Esinrogunjo resulted in the recovery of a substance suspected to be Indian hemp and an item that looked like a cartridge wrapped with charm.

“The incident was looked into by a very senior police officer in the command, Esinrogunjo was later identified to be Special Assistant to the state governor.

“He was warned to desist from such behaviour in future and the traffic warden assaulted by the Esinrogunjo was pacified and asked to go back to his duty post, while Esinrogunjo was also released.

“The command wishes to reiterate that, at no time was the suspect Esinrogunjo arrested for being in possession of weeds or bullet.

“It was a case of driving against the traffic and physically assaulting a policeman that brought him to the police headquarters.

“The physical assault on Esinrogunjo was from aggrieved passersby that followed the parties to the police headquarters and the men were arrested, reprimanded and equally released.

“The Command has nothing to do with the video in circulation.

“Esinrogunjo was arrested for traffic offence and assault which had been satisfactorily dealt with,” the statement read in part.