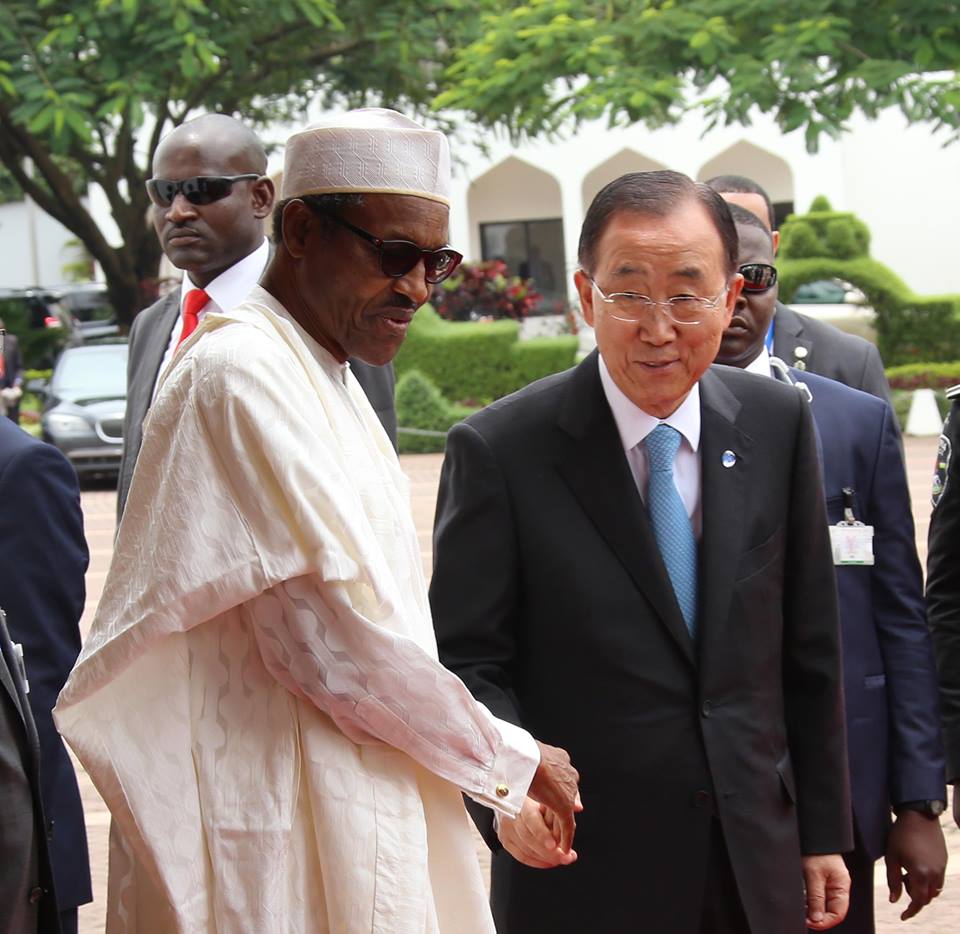 President Muhammadu Buhari says Nigeria is in full appreciation to the former United Nations Secretary General, Ban Ki-Moon, for his commitment towards the progress and socio-economic development of the country.

Malam Garba Shehu, the president’s media aide in a statement in Abuja, said the Nigerian leader, who spoke to Ban over the phone on Monday, reiterated his long-standing respect and admiration for the two-time UN Scribe.

On his part, Ban commended the president for his handling of security and related challenges facing the country.

He expressed appreciation for the support of two prominent citizens of Nigeria-Prof. Ibrahim Gambari, President’s Chief of Staff and one-time UN Undersecretary General and Mrs Amina Mohammed, the current Deputy Secretary General, saying that they were among the best he had ever worked with.

Our correspondent reports that Ban was the eighth Secretary-General of the United Nations.

His priorities have been to mobilise world leaders around a set of new global challenges, from climate change and economic upheaval to pandemics and increasing pressures involving food, energy and water.

He has sought to be a bridge-builder, to give voice to the world’s poorest and most vulnerable people, and to strengthen the UN itself.