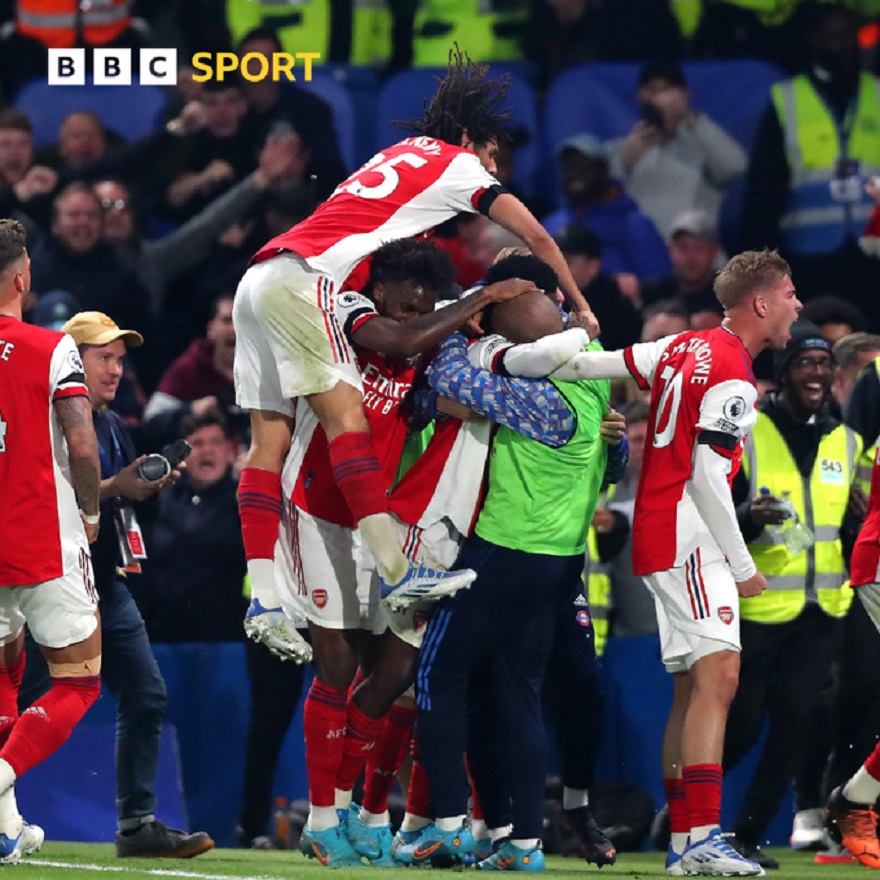 Arsenal beat Chelsea 4-2 in the Premier League on Wednesday, helped by two goals by Eddie Nketiah, leaving the Gunners running neck-and-neck with north London rivals Tottenham Hotspur in the race for a Champions League spot.

Arsenal went ahead twice in a pulsating first half at Stamford Bridge, first when Nketiah pounced on a weak back pass by Andreas Christensen in the 13th minute and then when Emile Smith-Rowe finished off a flowing counter-attack in the 27th.

But the visitors were quickly pegged back on both occasions by equalisers from Timo Werner and Cesar Azpilicueta.

Nketiah restored the visitors’ lead in the 57th minute when he seized on another mix-up in Chelsea’s defence to make it 3-2, stabbing the ball home after Thiago Silva’s interception bounced into the Arsenal striker’s path off Malang Sarr.

Chelsea pressed for a third equaliser, bringing on Kai Havertz for out-of-form record signing Romelu Lukaku who largely failed to impress once again when given a rare start by coach Thomas Tuchel.

But Arsenal’s Bukayo Saka rounded off the win when he converted a penalty in the 92nd minute after he was adjudged to have been fouled by Azpilicueta.

The win left Arsenal just outside the Champions League qualifying positions in fifth place but level with Spurs on 57 points and only behind them on goal difference.

It is worthy of note that Wednesday’s game was played with some sections of Stamford Bridge unfilled after the government ruled in March that Chelsea could not make new ticket sales to their fans under restrictions linked to the club’s Russian owner Roman Abramovich.

Ronaldo out of Manchester United FC squad after tragedy