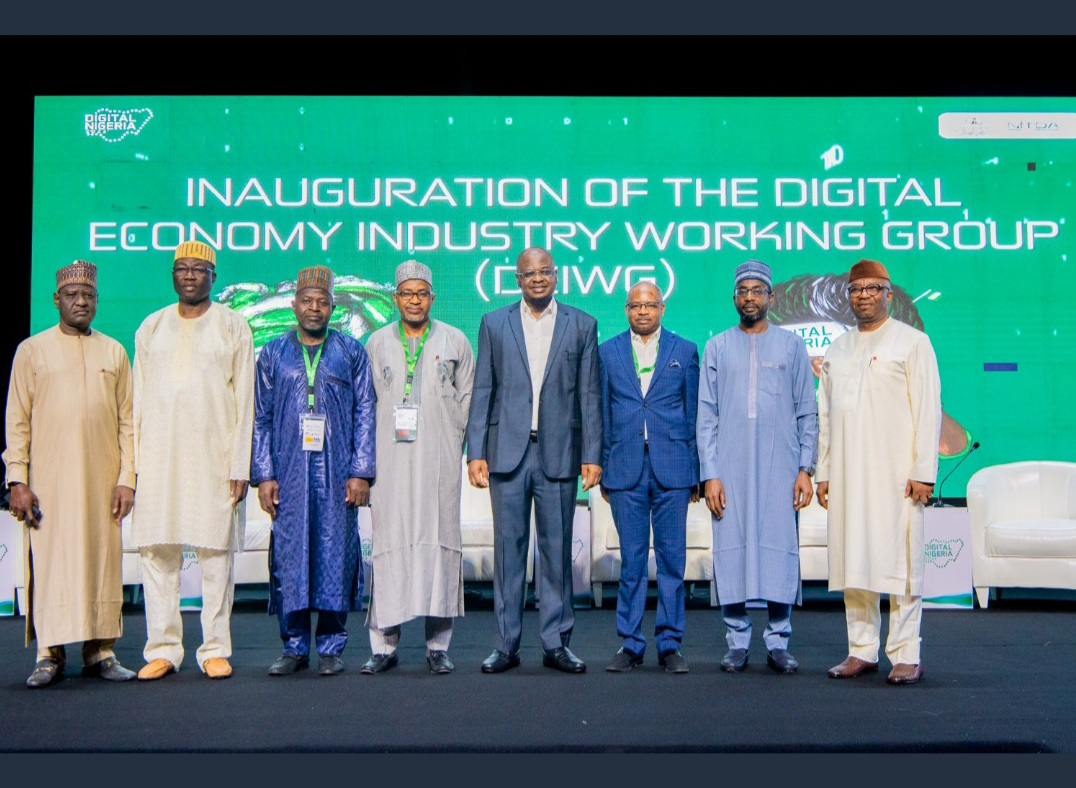 Prof. Isa Pantami, Minister, Communications and Digital Economy inaugurated the group at the closing ceremony of the Digital Nigeria Conference and Exhibition organised by the National Information Technology Development Agency (NITDA) in Abuja.

Pantami, while inaugurating the group, charged the members to ensure the digital economy agenda was achieved through their efforts in line with the desire of President Muhammadu Buhari.

He further said that Nigeria was doing well in the Ease of Doing Business in spite of the challenges which the government was working seriously to address.

According to the Minister,reducing the challenges on the Ease of Doing Business will ensure the success of the recent Nigerian Start-up Act(NSA) approved by Buhari on Oct. 19.

Pantami said: “When the administration of Buhari started, the global ranking of Nigeria on the Ease of Doing Business was 170, but recently we have moved 39 steps higher to 131.

“The government had initiated and implemented over 160 reforms and registering a business in Nigeria now takes less than 48 hours.”

He added that the ministry would in the near future inaugurate a committee for the swift implementation of the NSA.

Dr Femi Adeluyi, Technical Assistant (Research & Development) to the minister said the group was formed as an action group established as a Public Private Dialogue platform.

Adeluyi said the platform comprised of the Nigerian Economic Summit Group (NESG) and the Federal Ministry of Communications and Digital Economy, championed through close working relationship between the public and private sector leaders in the ICT industry.

Adeluyi said the group was designed to map out government initiatives and policies affecting the private sector as it pertains to the digital economy and ensure the growth of the digital industry in the country.

He said the objectives of the DEIWG would be to create framework for strengthening the immediate delivery of initiatives based on the eight pillars as outlined in the Nigerian Digital Economic Policy and Strategy (2020-2030).

“They will facilitate the creation of an Enterprise Programmes Management Office (EPMO) and funding mechanism which will serve as a framework of funding for DEIWG Secretariat.

“The group will formulate, in partnership with the government, mechanisms that drive and catalyse growth and increase investments in the Digital Economy.

“They will examine the current efforts by the Federal Government to digitally transform through policies, projects and programmes
and co-create a private sector response plan.

“Facilitate leadership mindset that is digital-driven for Shared Prosperity and Shared National Vision and drive continuity of the policies and enhance the institutional arrangement to drive the Digital Economy,” he said.

Adeluyi added that the group would call to action for private sector to take lead of the creation of the Nigeria Digital Economy showcasing the opportunities in the E-Government Masterplan and Digital Economy Policy and Strategy.

The DEIWG has the Minister as the Chairman, Mallam Kashifu Inuwa,Director-General of NITDA as well as other Chief Executives of agencies under the ministry as members.

Inuwa encouraged participants and the youth, while promising that the government was willing to work with the youth to make Nigeria a global talent factory.

“We have reviewed our potential during the conference and have understood that for us to create wealth, it has to be through innovation,” he said.

The D-G added that stakeholders needed to work within the legal framework and keep supporting the government towards achieving a digital economy because the political will and talent were available.

Ember months are not jinxed – FRSC