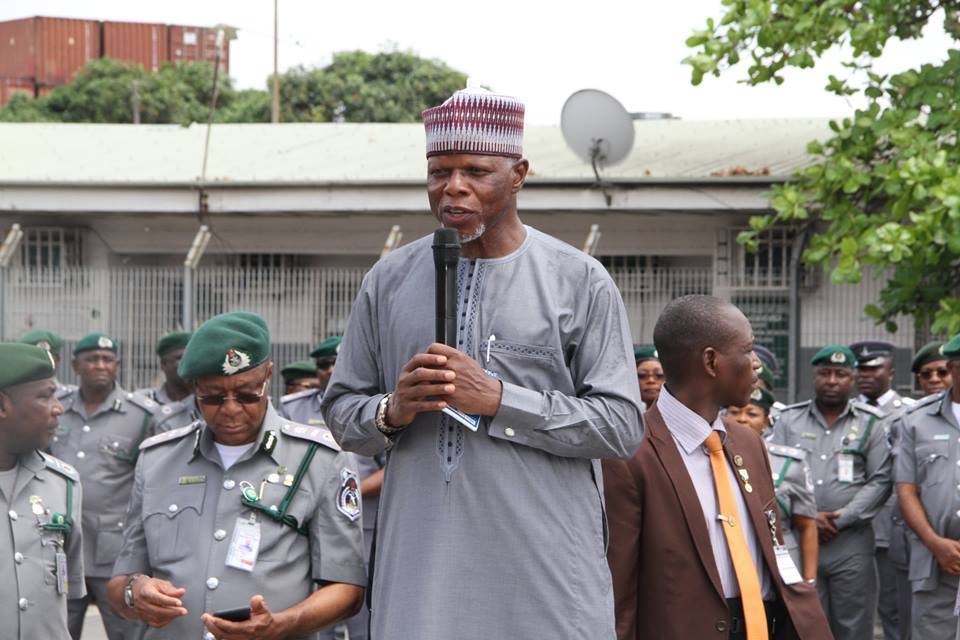 The Nigeria Customs Service (NCS) has warned its officers against any form of unruly behaviour.

This is contained in a statement signed by the Public Relations Officer (PRO) of the service, Deputy Comptroller Timi Bomodi in Abuja.

Bomodi was reacting to a video of a half-clad individual on social media, claiming to be an officer and that he had arrested trucks carrying premium motor spirit across the border.

He said upon preliminary investigation, it was discovered that the person in the video was truly an officer of the service attached to the Federal Operations Unit Zone D in Adamawa.

He said all officers were expected to abide by strict dress code and to not only be in uniform while on duty but adorn their name tags for easy identification.

“This incident occurred on Wednesday, Nov. 2 at Malabo Checkpoint on Belel Road in Adamawa.

“However, it is important to note that 55 kilometres separate this location from the nearest border.

“Meanwhile, between the place where this incident occurred and the border, there are fully operational petrol stations.

“Preliminary investigations indicate that the drivers on these trucks were in possession of duly signed product distribution sheets for consignments allocated by PPMC for filling stations within that vicinity.

“As vehicles in transit, they are considered still to be well within city limits and therefore, can neither be accused of nor arrested for transporting goods across the border,” he said.

Bomodi said that the officer’s action led to his immediate withdrawal by the Controller Federal Operations Unit Zone ‘D’, who instructed his detention pending medical evaluation.

He said the service seriously frowned at any action that was inimical to the economic wellbeing of the nation, adding the “battle with smuggling has been unequivocal and unyielding.”

The PRO assured members of the public of the commitment of its officers and men at securing the borders.

“We ask for your understanding in this endeavour as we seek your prayers for those whose health and well-being may have been compromised by stress, while carrying out their onerous assignment,” he said.