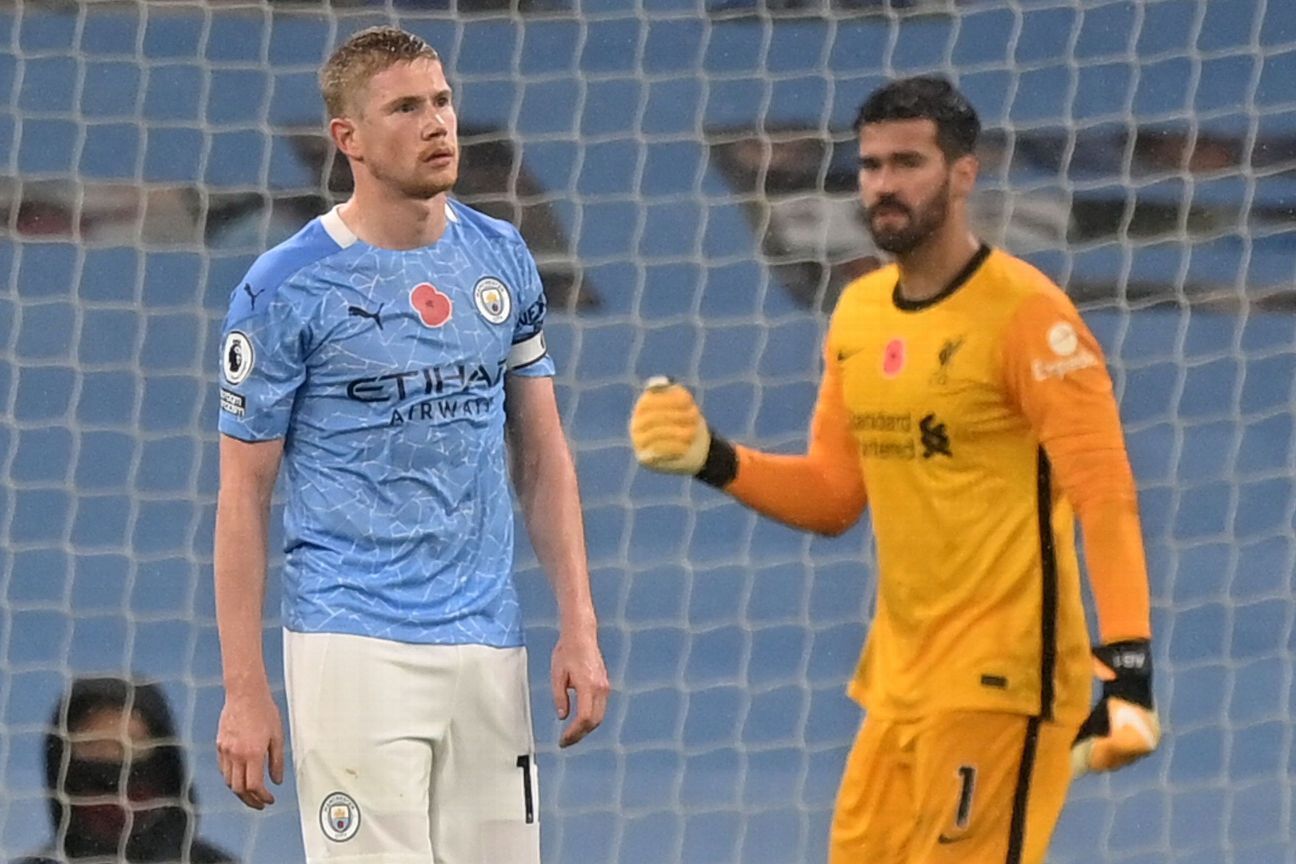 Kevin De Bruyne missed a potential match-winning penalty kick as Manchester City were held to a 1-1 draw at home by Liverpool in the English Premier League (EPL) on Sunday.

The match’s two goals, a Mohamed Salah penalty kick for Liverpool and a fine turn and finish from Gabriel Jesus for Manchester City, came in a pulsating opening 45 minutes.

The goals, as well as the missed penalty kick, were part of a half in which the last two league champions produced some exciting football.

But the quality and entertainment faded badly after the break.

Liverpool manager Juergen Klopp will however be the happier with the result, given the fact his side had lost their last three visits to the Etihad stadium in the league.

They now retain a five-point advantage over Manchester City’s the ongoing campaign.

Klopp answered the question of whether to replace Roberto Firmino with the in-form Diogo Jota by picking both players in a very attacking line-up and unsurprisingly his side began positively.

The visitors took the lead in the 13th minute when Sadio Mane turned sharply in the box and went down after contact from Kyle Walker and Salah converted the penalty kick.

An even better turn produced Manchester City’s equaliser in the 31st minute when De Bruyne found Jesus in the penalty box.

The Brazilian’s superb twist set him free of Trent Alexander-Arnold and earned him just enough space to poke past Alisson.

Manchester City then wasted an opportunity to take the lead, three minutes before the interval, when De Bruyne missed a penalty kick.

It was awarded after his cross struck the arm of Joe Gomez and referee Craig Pawson gave the penalty kick after checking the pitchside monitor.

Yet the excitement of the opening 45 minutes was not replicated after the break as Manchester City gained greater control but struggled to create real openings.

Ederson did well to save from Diogo Jota at the near post and at the other end Jesus was off-target after being found unmarked in the box by Joao Cancelo.

Liverpool are third on 17 points after eight games with 11th-placed Manchester City on 12 points, having played a game fewer.

Alves shares Messi concerns with Barca, but urges him to stay