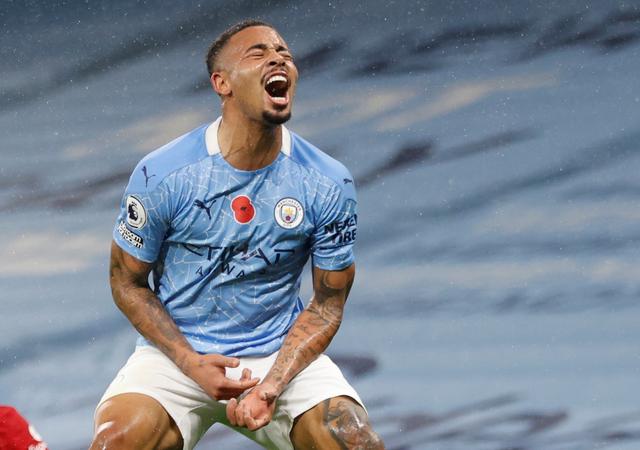 Manchester City’s Brazilian striker Gabriel Jesus has warned that there could be an increase in injuries this season due to the extra demands placed on players.

In the same vein, Liverpool manager Juergen Klopp also hit out at the Premier League over their substitutes rule.

Jesus, who has recently come back from injury, scored in Manchester City’s 1-1 draw with Liverpool on Sunday.

He will now fly to South America to take part in FIFA World Cup qualifiers with Brazil.

“That is the challenge for me, keep fit and don’t get injured because this season is going to be dangerous for players because (of) too many games.”

The later start to the 2020/2021 season, caused by the delay in the completion of last season due to the COVID-19 pandemic, has led to a more compressed schedule.

It is tougher for teams in the UEFA Champions League.

Klopp has been vocal in his criticism of the Premier League’s decision not to stick with last year’s temporary rule allowing five instead of three substitutions.

Premier League clubs voted against continuing with the five substitutions rule, which remains in place in many European competitions.

Smaller clubs had argued that the big teams had an advantage given their larger squads.

“It’s a lack of leadership. Richard Masters asked about it. All the other teams have to understand. It’s not an advantage, it is a necessity.

“We have to talk again. Masters sold it completely wrong. (We are) the only big league with three subs,” he said.

Manchester City manager Pep Guardiola said he had talked about the issue at the end of the game after the champions’ right-back Trent Alexander-Arnold suffered an injury.

“Trent Alexander-Arnold, international English player, now injured. Here we believe we are more special, we don’t protect the players. So, that is why it is a disaster,” Guardiola said.

“We talked about five substitutions. There are many guys with many, many cases. Around the world five subs are key, but here it’s totally the opposite. We’ve talked about this many times.”